At 2:30 on Friday morning I crept into my daughter’s room, turned on the decorative “K” light sitting on her dresser, and whispered as quietly as I could.

There was no response. I raised my voice a bit, but still quietly.

She rolled over and I mooed again. She pulled the blankets over her head and I gently tugged them down and told her it was time to get up. She, understandably, disagreed with me.  So I mooed.

The night before she’d had an unscheduled case of silliness and mooed at me before she went to bed. From the hallway. From across the room. And then just before she took her leave of us she placed her face just inches from my ear and whispered to me that she would sneak into my room some night soon and moo until I woke.

I mooed again and told her that we were leaving in 15 minutes. That caught her attention. The conversation went as you might expect. What? What time is it? What? Where? When? Why?

I handed her clothes to put on and left her to get dressed and then it was a whirlwind of confusion and movement as we took the next 20 minutes to get out of the house, into the car, and on our way to the airport. All before 3am.

Because one of my favorite memories from my own childhood was the time that my parents woke me up in the wee hours of morning and, in my recollection, kidnapped my brother and me to take us to an amusement park. I’m sure we were disgruntled messes and tried every inch of their patience with us as they drove us the 250 miles from Fresno to Disneyland. But I so clearly remember my dad carrying me out of the house. Sleepy and confused and excited. The car ride with my brother getting frustrated, my mother getting irritated, and my father trying to drive. And sitting in a Denny’s eating breakfast and the look of joy on my mom’s face when my brother and I finally figured out where we were going. Oddly I don’t remember our time at Disneyland. But I  remember the adventure of getting there. The excitement of the anticipation. And the joy that my parents loved us so much that they would kidnap us to take us to Disneyland.

And I felt like, maybe, I was running out of time to make something that magical happen for my own kid.

Fourteen years ago I held in my arms a tiny little baby, more resembling a miniature shriveled version of Patrick Stewart than any other person I can think of.  Helpless but full of strength. All my hope for the future wrapped up in tiny clothes and blankets that were somehow far too big. I wondered what would happen to this little bitty person. Who would she be? What would she be like? How would she dream?

And each year I take a moment on the day she was born to wonder all those things again.

But something is different this year. So many playful pretenses have been cast aside to make room for something new. For caring more. For caring less. For introspection. For planning. For life in the now and in the future.

Fourteen. It’s a big year. A year to celebrate who is becoming, not who has been.

For the first time I’m beginning to feel that my parenting is in maintenance mode more often than I’m actively teaching her something new. She knows who she is and she’s figuring out who she’s going to be. She’s in the driver’s seat of her life and I’m just along for the ride. Watching the choices she makes, throwing my arm across her chest in a pointless panicked way as though I might stop her flying through the windshield if she throws the brakes on too hard. Calling out words of warning when I think she’s cutting a corner too fast or taking a wrong turn.

The destination she chooses is her own. The path she takes is up to her. It’s just my job to keep her safe along the way.

And there’s a lot of letting go in that. A lot of giving up control and authority. And maybe that’s why I decided that this was the year to wake her in the wee hours of the morning to fly across the country together to spend a couple of days immersed in a fairytale world of wizardry and merchandising.

It was an opportunity to give her something magical while I still can. To thank her for being the awesome person she is. And to wear robes in public, let’s not discount how amazing that was.

Happy fourteenth year to my amazing kid who continues to define herself on her own terms and make the world a better place every moment she’s in it. 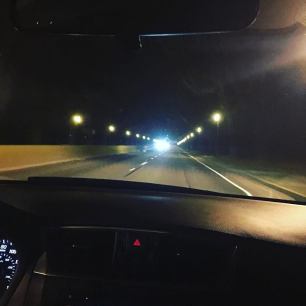 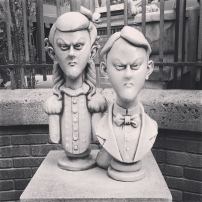 5 thoughts on “at fourteen…”

We’re super chill all the time. Go Timbers. #rctid #timbersfc
Saturday morning with no makeup and what feels like the weight of the world on my shoulders. Am I being dramatic? Yes. Am I beyond stressed and anxious? Absolutely. Owning all of it.
Last week in Phoenix... (@bmcdede you have mad selfie skills and I love you)
“Own your own path...” Machielle Thomas - Becoming Your Own Advocate: Navigating Work In a Male Dominated Field #wcphx
it might be a WordCamp weekend #WCPX
Saturday with Marly...
I don’t always play Hungry Hungry Hippos but when I do I only play with the best... @aaronjorbin @liljimmi @georgestephanis does anyone know who took this picture? #wcphilly #flashbackfriday
I can't wait to get home to this clown tonight... #latergram #family
my favorite weirdo...
%d bloggers like this: