There’s something all of you should know, and I want to tell you this in no uncertain terms…

Ready for the knowledge I am about to impart to you?  Here it is, hamsters are gross, nasty, unhygienic little fuckers who given the chance will lie around in their own shit all day.

Bubba is alive and well.  The cats are miserable because they still can’t be in the guest room.  Mike has been amazingly patient given his dislike of rodents.  And K?  K really doesn’t care much.

She’ll watch if we feed him some fresh veggies but then she quickly scampers away in favor of her new robot dog or our cats.

The good news?  K doesn’t seem to want a hamster anymore and if she ever asks for one I have plenty of reasons to say no. 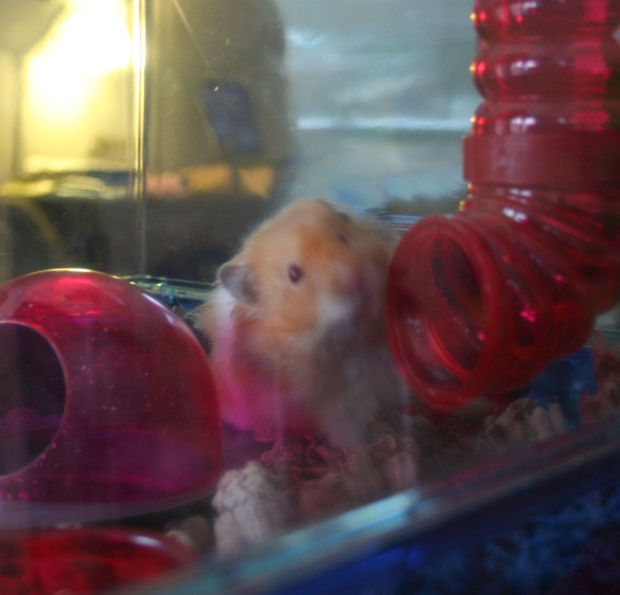 PS:  He stinks even after I clean his cage but I have to admit that occasionally he is kind of cute.

10 thoughts on “Chronicles of Bubba the Hamster: Part 2”